IAS has a new and exciting arrival: a new mobile dilution cryostat has been built and delivered by BlueFors Cryogenics, allowing us to measure detectors and detection chain elements at sub-Kelvin temperatures. Irradiation of highly sensitive detectors by cosmic rays is a daunting problem for many space missions, and the IAS is among the laboratories that have been investigating this problem since the launch of Planck-HFI.

Our new facility will be the first system which is large enough to house large focal plane elements, and which is mobile so that it can be coupled to a particle accelerator beam line of our choosing. It has a large cooling power (125 μW at 50 mK) and is capable of reaching temperatures as low as 6 mK, depending on the mass of the experiment under test.

This new mobile system will allow us to test new generations of cryogenic detectors and focal plane subsystems, for a wide range of cosmic ray-like particles, energies and incidence angles, in order to study the susceptibility of detectors to irradiation.

This system is funded by the Île-de-France region through the DIM-ACAV grant scheme, as well as by the French space agency CNES, and University Paris-Saclay. The project, in collaboration with other laboratories in the region (e.g. CEA-Saclay, CSNSM, APC, and LAL), will allow the deeper study of systematic effects for the next generation of space instruments. 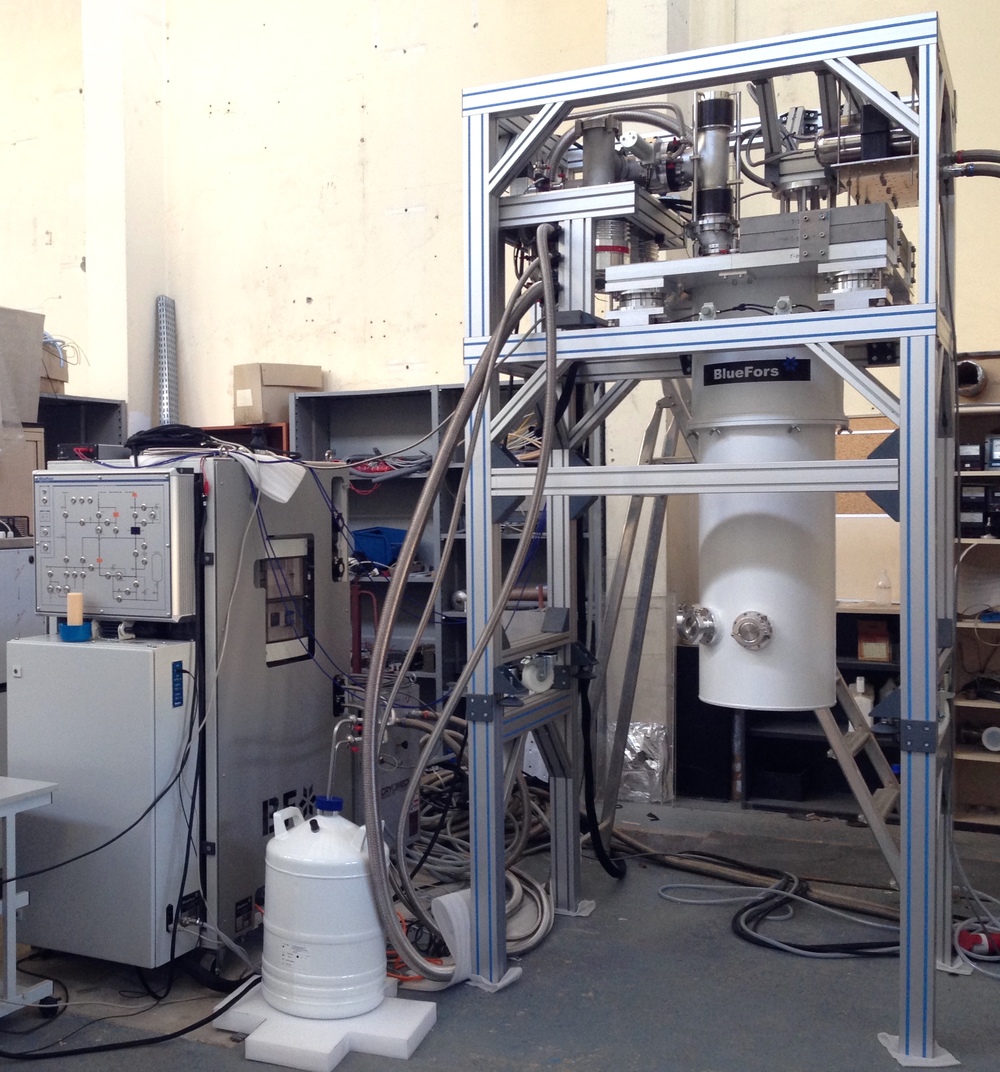