OSIRIS-REx (for Origins, Spectral Interpretation, Resource Identification, Security, Regolith Explorer) is a NASA space mission which aims to bring back to Earth at the end of 2023 samples of the carbonaceous near-Earth asteroid Bennu.
The probe was launched in September 2016 and arrived near Bennu in December 2018. Since then, it has been in orbit mapping the entire surface of the asteroid in order to choose the best place to collect samples. The collection at the Nightingale site was a success in autumn 2020. 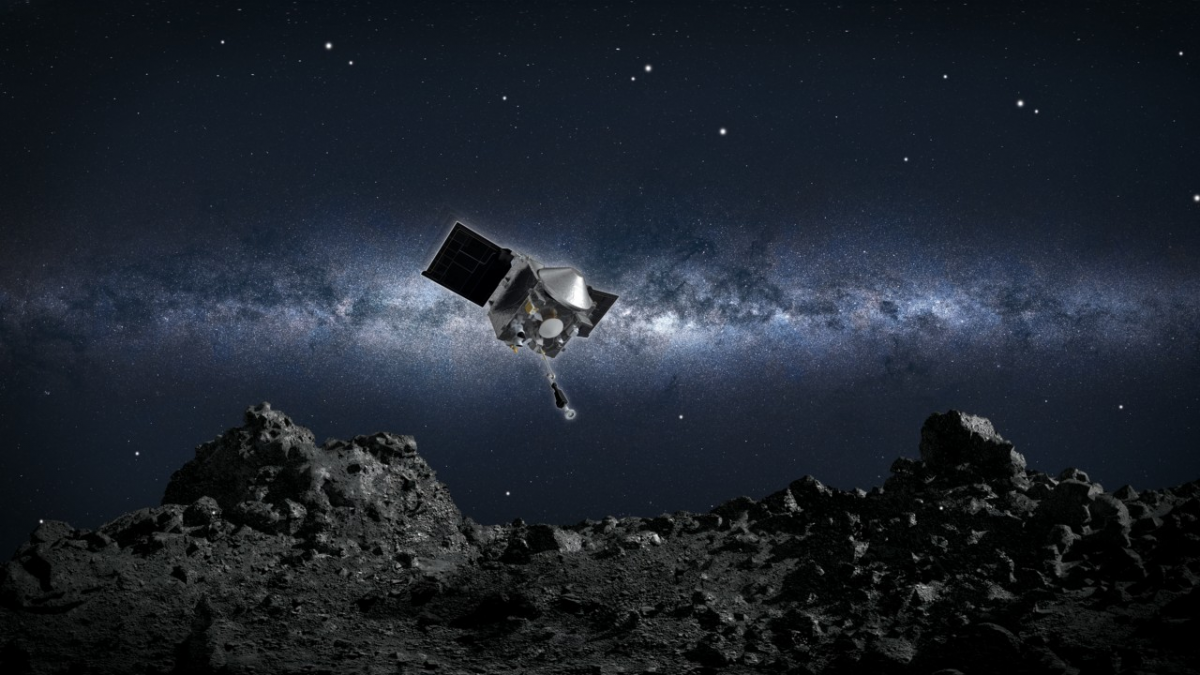 IAS participates in the interpretation of orbital data from OVIRS and OTES spectrometers. In addition, IAS brings expertise to understand the phenomena of spatial alteration through comparison to laboratory experiments simulating these processes.

If spectroscopic measurements carried out in orbit allow us to better understand Bennu, only an in-depth laboratory analysis of the samples collected at the surface can tell us more about the physico-chemical properties of these small bodies.

JAXA’s Hayabusa-2 mission reported another carbonaceous near-Earth asteroid at the end of 2020: Ryugu. The comparison between Bennu and Ryugu will be instructive for the study of asteroids!

Figure 2 : The asteroid Bennu seen from a distance of 24km during the approach phase of the OSIRIS-REx probe (mosaic made up of 12 images taken by the PolyCam instrument on 12/2/2018). Credit: NASA / Goddard / University of Arizona.