The Astrochemistry and Origins team at IAS, in collaboration with the SMIS beam-line of the SOLEIL synchrotron, is starting the analysis of several Ryugu micrometric grains, in particular by Fourier transform infrared micro-tomography.

The Japanese Hayabusa2 JAXA sample return mission is dedicated to the study of the C-type (carbonaceous) near-Earth asteroid (162173) Ryugu. The goal is to determine its composition, its origin, its history and its possible links with meteorites collected on Earth on the one hand, and with other primitive asteroids on the other hand. After characterizing Ryugu’s surface (notably with NIRS3, an instrument with several IAS Co-Investigators), Hayabusa2 performed two sample collections directly at the asteroid. After recovery of the capsule in December 2020, the 5.5 g of collected samples were transported to the JAXA “curation” facility (ISAS, Sagamihara, Japan) to be sorted, cataloged and pre-characterized by completely non-destructive techniques. These techniques include hyperspectral imaging in the near infrared (1—3.6 µm) carried out using the MicrOmega instrument by the Planetary Science team at IAS. This phase is still ongoing.

A preliminary analysis phase organized by JAXA started in June 2021. It involves a number of international teams organized according to well-defined scientific objectives, such as the determination of the elemental and isotopic composition of samples, the study of the mineralogy and petrology of coarse grains and finer particles, the analysis of volatile compounds (extracted before opening the capsule), and finally the characterization of soluble and insoluble organic components extracted from the collected grains.

The Astrochemistry and Origins team at IAS, in collaboration with the SMIS beam-line of the SOLEIL synchrotron, is involved in the analysis of Ryugu grains, in particular thanks to the FTIR micro-tomography technique recently implemented at SOLEIL by researchers of IAS and SMIS. We are part of the international team of analyzes coordinated in Japan by T. Nakamura (University of Tohoku, Sendai) and our contribution will be focused mainly on micro-spectral-imaging in the mid and far infrared (2—50 µm) . We will focus on the interactions between mineral and organic phases (intimately mixed in primitive extraterrestrial materials at sub-micrometric scales) to better understand the physico-chemistry that links them. One of our primary goals will be the detection of hydrated materials and the reconstruction of Ryugu's past history of aqueous weathering. The study of these small samples will thus provide us with valuable information on the formation conditions and the evolutionary processes of matter in the early Solar System.

After a long journey, a few dozen small grains of Ryugu have finally arrived at IAS. The Astrochemistry and Origin team received them and started a series of preliminary measurements, using various microscopes of IAS and of the SMIS beam-line at SOLEIL (see Figure 2). Following this first step of analysis, grains will be selected to be welded on metal needles, thanks to an original protocol developed in collaboration with D. Troadec (IEMN, Lille) and E. Héripré (CentraleSupélec, Saclay). These grains will then be ready for the next analytical step, i.e. the characterization by infrared micro-tomography. 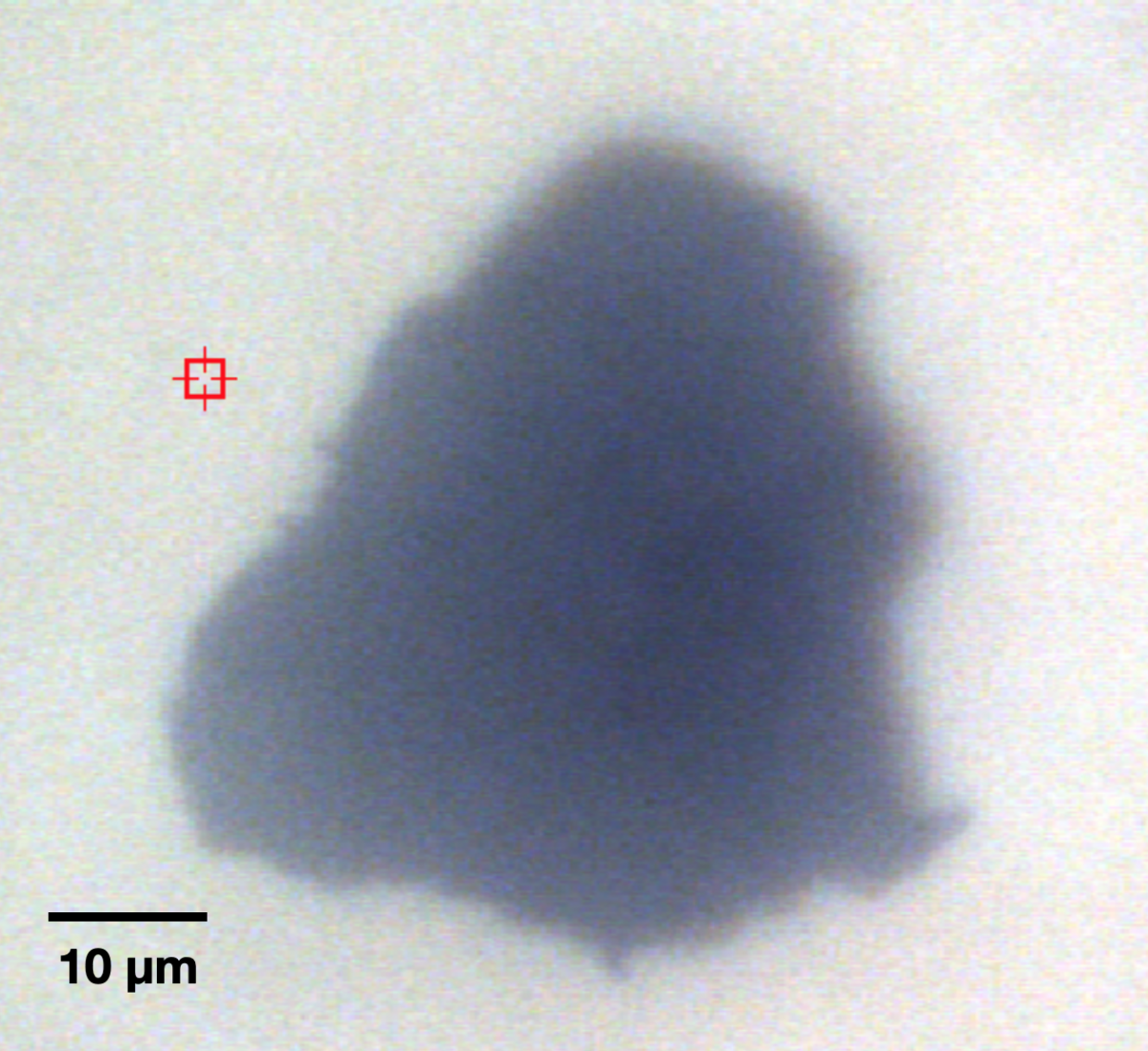 Fig. 1. An image of a Ryugu micrometric grain in its sample holder, ready to be analyzed by FTIR micro-spectroscopy. 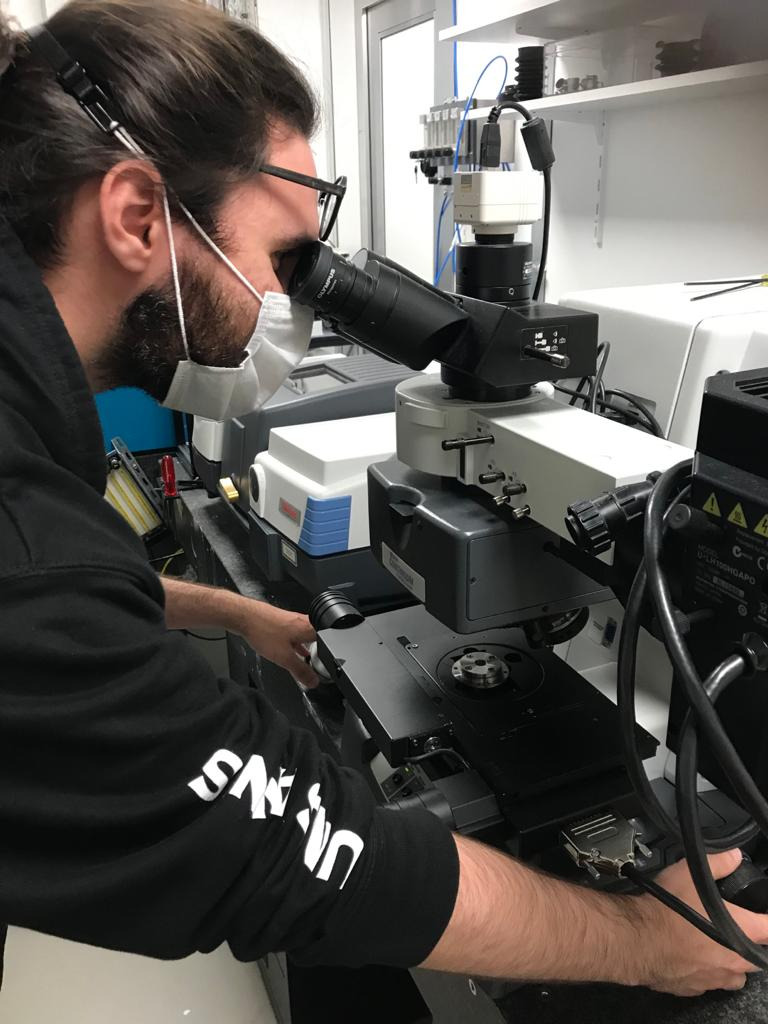