The BepiColombo mission was launched on October 19, 2018 for an arrival at Mercury in 2026. This ambitious mission will study all aspects of the closest planet to the sun, from interior to surface to magnetosphere. More details on the launch here.

BepiColombo is composed of two independent probes that will orbit planet Mercury:

SIMBIO-SYS has been designed by an Italian-French consortium with an Italian main scientific lead (PI : Gabriele Cremonese). IAS was in charge of the development of the electronic module and the onboard software (co-PI level responsibility, assumed by Yves Langevin), and the radiometric and optical calibration at system level, under the lead of François Poulet. IAS participation to SIMBIO-SYS interplanetary and then orbital flight operations will be coordinated by Mathieu Vincendon (scientific activities) and Vincent Carlier (technical activities). 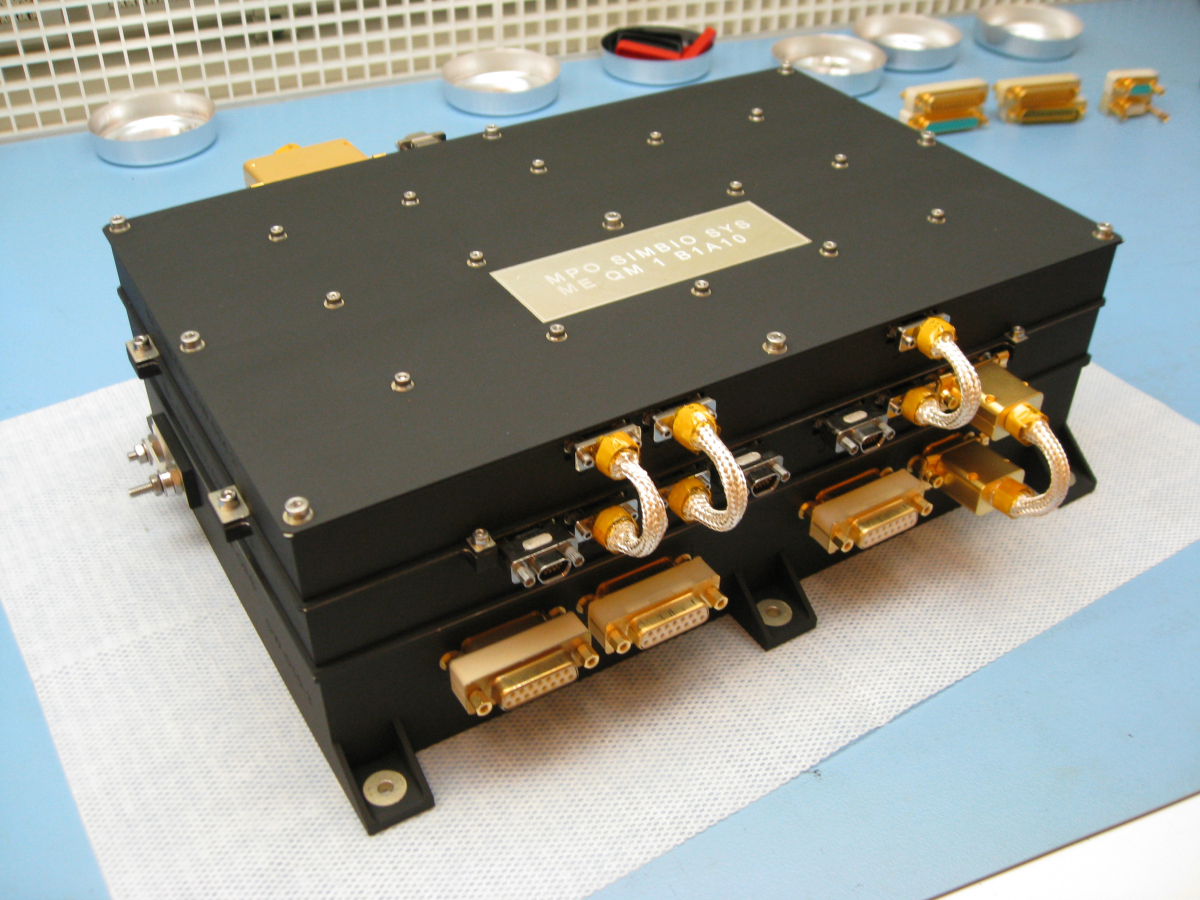 The electronic module of the set of three instruments SIMIBIO-SYS, designed by IAS. 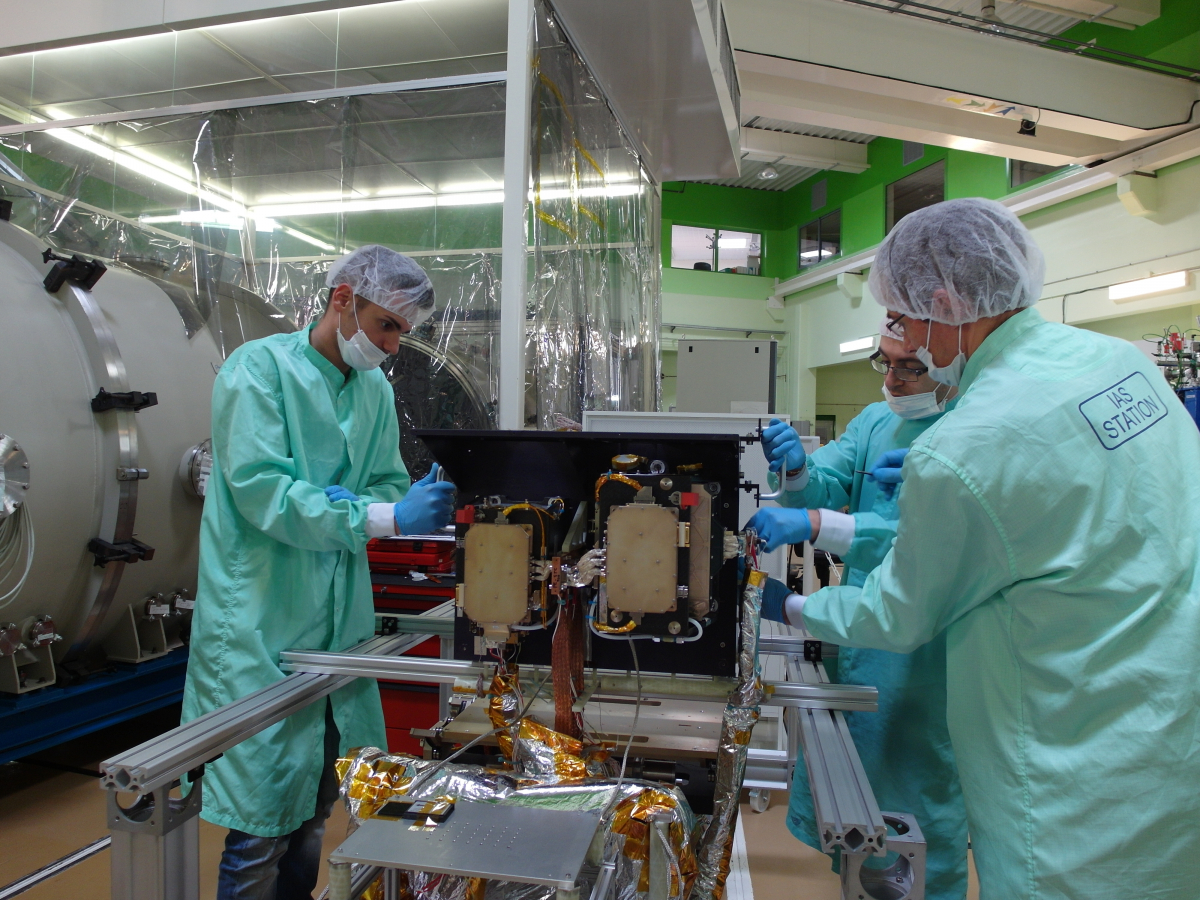 IAS achieves the cross calibration of the three channels of SIMBIO-SYS during spring 2015.